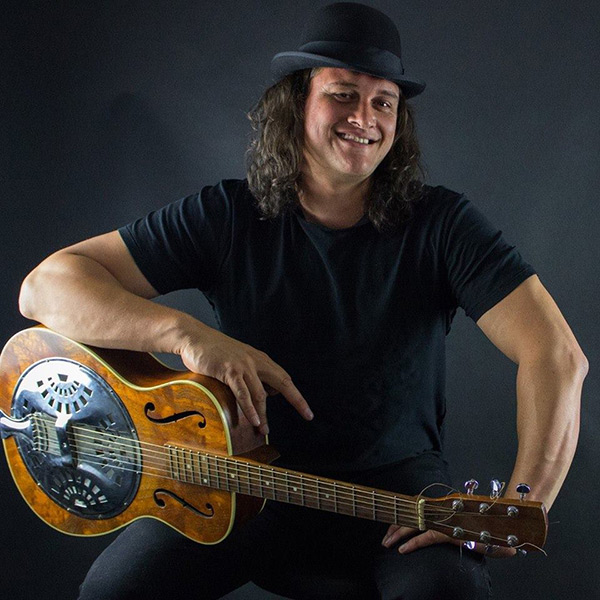 Popular music started out and grew from the blues and it has never gone away or lost its magic power. VAT are proud to announce their signing and representation of the Maori Mountain with Scottish roots from New Zealand â JIMI KARA.

Jimi is an extraordinary gifted and expert player who has a whole arsenal of picking and sound at his disposal. Playing a mixture of classic blues covers sprinkled with his own original songs, he is big news in native New Zealand and is heading here from September to tour in UK and Europe. He runs his regular guitar tuition videos on Facebook which include Jimi showing how to play a 4 string cigar box guitar, and how to play slide guitar on a dobro. Teaming up with harmonica player Nick Reynolds from Brixton street survival legends ALABAMA 3, VAT are currently booking a UK tour of Jimi and Nick including Scotland Wales and Ireland, as well as dates in Holland Belgium, France and Germany, from early September onwards.