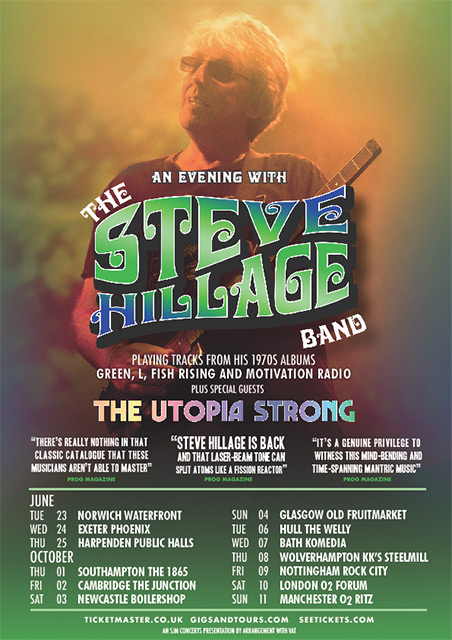 We don't claim to have 20/20 vision as we start off in 2020 but we do know that despite what could be a bumpy corona ride we are making tour plans. STEVE HILLAGE follows up his successful UK tour of last year with more UK shows in 2020. He plays a series of shows from May onwards across Europe in Portugal, Italy, Japan and they will also headline and closing a stage at the biggest UK Festival.

Backed very ably from his friends in GONG, they can also be persuaded to play an extra set playing their own GONG material if given the right sort of encouragement: whereever possible they use projection as the show is accompanied by rich visuals.

He is also available as SYSTEM 7 to play his formidable techno / trance set, and again can also be persuaded to add a more ambient set from his sister project MIRROR SYSTEM.