AN EVENING WITH THE STEVE HILLAGE BAND
2019 UK DATES ANNOUNCED 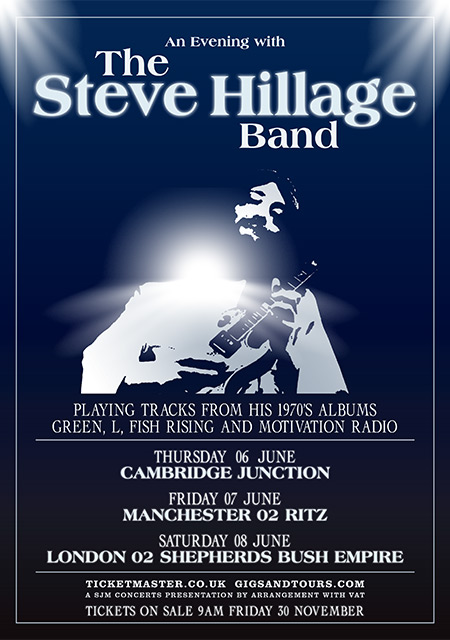 Since he began playing guitar in the early 1960s, through his time with Gong and beyond as a solo artist and one half of System 7, Steve Hillage has embodied what it means to be a truly progressive musician.

One of the most respected and beloved players arising from the Canterbury Scene and a true visionary, Steve Hillage has amassed over eight solo studio albums and recently released acclaimed boxset âSearching For The Sparkâ. On the new dates Steve said: