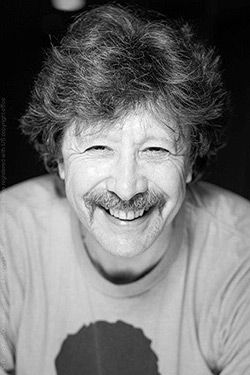 In 2014 DAN SILVERÂ has now been trading as Value Added Talent for thirty years as an experienced professional Agent. Serving his apprenticeship during the heady years of New Wave/ Punk, and establishing acts in the late 70's such as theÂ Skids, The TouristsÂ (laterÂ Eurythmics) as well asÂ Joe Jackson, The Inmates, The Vibrators, The Rezillos, Human League, Gang of Four, Au Pairs, andÂ Fad GadgetÂ to name a few acts.

Value Added Talent was started as an independent office in the late summer of 1983. Formed as a reaction against the larger booking agencies where he had worked learning the trade, the philosophy was very simple. Only represent what you love, never take on more than you can handle, and deal with the detail in person - that way you know everything and can communicate authentically what the real story is.

Spear of DestinyÂ were a first new signing to the Agency, and Dan also began to manageÂ John CaleÂ who had previously also been a live client. He managed John for nine interesting and busy years, leaving John with a multiple album deal on Brain Enoâs label with Warner, resigning just after John had collaborated with Lou Reed in their tribute to Andy Warhol.

Some of the acts he represented did not have management so - exceptionally for a European agent - he represented clients likeÂ Depeche ModeÂ andÂ ErasureÂ worldwide, providing a supervisory agent function in the USA, where both they enjoyed a great deal of success. He broughtÂ The OutlawsÂ to Reading Festival,Â SadeÂ to a first concert at the Royal Festival Hall and a first national tour and many other inventive tours, such asÂ Gang of Four, Pere Ubu, and theÂ Delta 5Â on the same bill.

In the early 80's he began a long term association withÂ Depeche ModeÂ andÂ Vince Clarke. When Vince split from Depeche, he continued to representÂ Depeche ModeÂ until the late 80's achieving sold out arenas in every country worldwide including the USA concluding with 60,000 attendance at Pasadena Rose Bowl for Music for the Masses. Dan also toured YazooÂ (Vince and Alison Moyet).

After Yazoo split, he established and broke worldwide the actÂ ERASURE, who played a first ever stand up tour of UK arenas and broke all box office records of the time. One tour " The Innocents" sold 300,000 tickets in the UK alone. Erasure toured worldwide with great success until 1997. 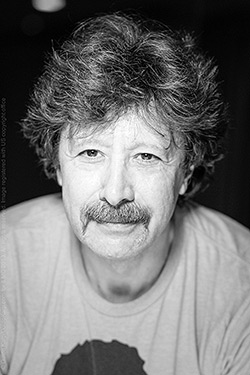 Innovation has been a consistent feature of the way Dan has influenced the industry, from initiating the unlicensed "under 16 matinee shows" in the days of punk, starting the co-ordination of local promoters with a national advert spend to improve the acts national profile in the early 80's down to the specific wording of actual performance contract clauses, he has had some influence on events. He is a member of the UK Agents Association and the Music Managers Forum (UK). He has always turned up to meet and talk with live industry colleagues at conferences such as Live UK and the ILMC in London, attended briefing and industry initiative meetings, chairing and speaking at conferences and so on.

Embracing the challenge of the demise of record company power, he now uses the web to establish and nurture new signings, the most recent example being new signing FRAGILE SOULS.

In the past decades, Dan has represented acts such asÂ ORBITAL, the most successful act featured on his pioneeringÂ Midi CircusÂ tour which also featuredÂ Megadog, System 7, Drum Club, Spooky, andÂ Eat Static. Dan's mission in the early nineties was to take "rave" out of unlicensed unsafe situations, and into licensed venues in good conditions, top production, security with paramedics available and so on - something he managed with big success using Megadog as the event. And Orbital were so formidable and popular live act, he created a big profile for them on the summer circuit. He also introduced Festivals to the surreal world of the Silent Disco in 2005 â with state of the art wireless 2 channel headsets and DJâs who love to entertain and provide mammoth ongoing parties at Festival and standalone events.

Along the way, he has recruited and trained a series of agents who worked alongside him at VAT and were then spirited away by their own enterprise or third parties including Mike Dewdney (ITB), Doug Smith (Coda) and Adam Saunders (X-ray) so Dan feels that he has done his share of passing on his knowledge and bringing on the next generation.

The unusual always being a challenge, Dan organised an unprecedented run of 21 shows in London for SPARKS who played every single song from their 21 albums over 21 nights in 2008.

Current clients include the innovators in dance formatÂ SILENT DISCOÂ playing at many of the major summer events, andÂ ROVO and SYSTEM 7Â who are the perfect fusion between techno and rock, and played live shows in Europe in March 2014. Dan has also taken on representation of Fragile Souls â a band who mix some of the blues roots of Alabama 3 with electro and have a big future.

2014 finds Dan with plenty to celebrate after 30 years.

And still no 'real job' in sight!